As part of our efforts to promote media ethics and monitor hate speech and discriminatory language in Albanian media, we conducted a 3-month long monitoring campaign, focusing on Gender issues and women participation in prime-time tv shows.

There were chosen three prime-time TV-Shows: Top Show, Xing with Ermal and Real Story, respectively in Top Channel, TV Klan and Vizion Plus.

All of these TV-shows are directed by men moderators. In one of them, there is a female co-moderator, who has a peripheric function.
The monitoring took place during the period of April-June 2019.

In this study, from the abovementioned TV Shows, there are analyzed 26 series of them in total.

Before the monitoring process started, in this project were engaged 3 monitors who were familiar with the reporting format, during a short training session, they have analyzed one of the tv shows specifically, using this experience as a test for the upcoming monitoring process.

The full report with all it’s findings, you can find it in the link below. 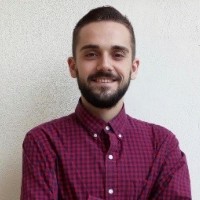